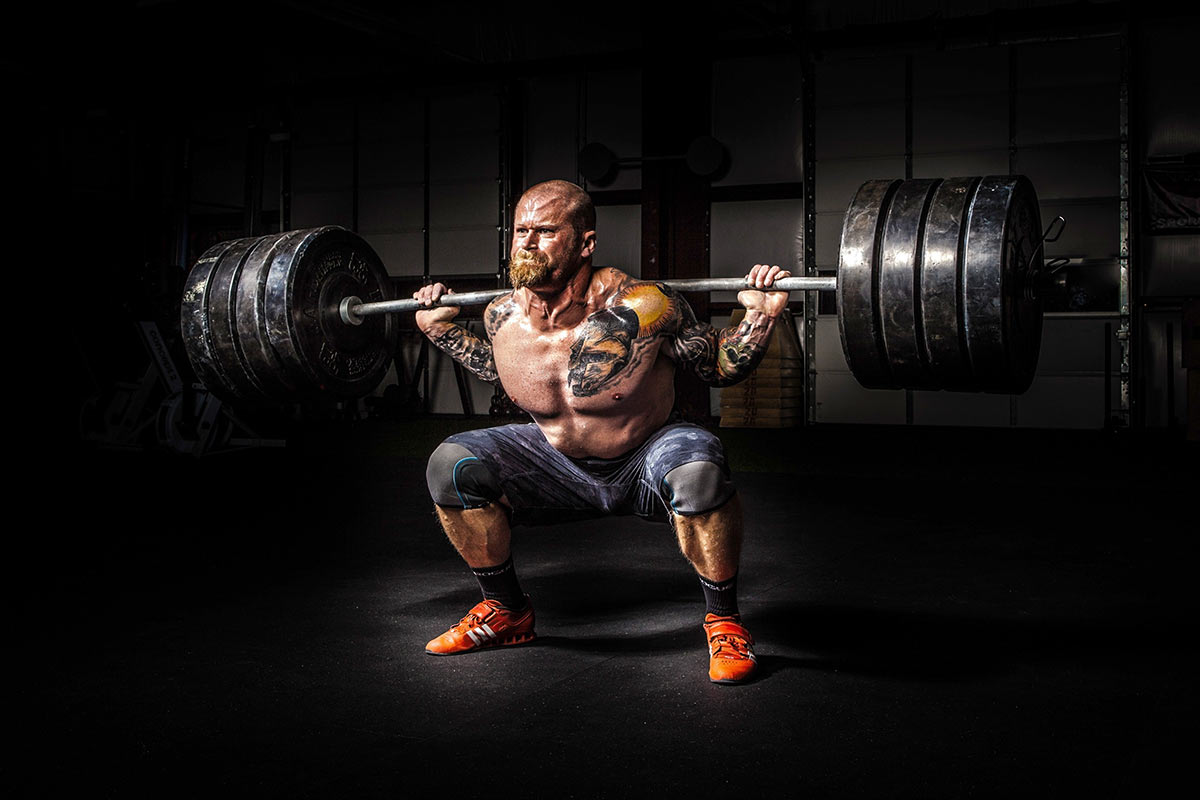 Are Reps To Failure An Option? Yes and No

Pushing yourself past your limits is something we advocate here at Fitness Fahrenheit. But there has been a debate for some time about whether this concept of trying to go past your peak really is the best way to pack on mass and gain strength in the gym. One side says that the best way to gain muscle mass is through pushing yourself to failure on at least one set, if not multiple. Another side says that reps to failure only gets you closer to burnout and injury.

Well alright here's the deal. Both sides hold some water. So let me be the middle man. Yes I know, being the middle man is lame. "You're supposed to be strongly opinionated and throw venom at the other side." Well in this case I do think both sides of this heated debate have good points.

First lets get a good definition of what training to failure actually is. The hardcore powerlifter might say that reps to failure is doing reps until you start to bleed from your nose. While the more casual gym goer might say that its the point in the set when you really start to feel the burn. For our purposes we'll define it this way.

A continuing set of repetitions (including both the concentric [lifting] and eccentric [lowering] portions of the rep) until no further repetitions are possible without a considerable erosion of form, or assistance from a partner, or both.

In other words, doing a set until you can't do the reps on your own with proper form

The popularity of reps to failure is said to trace back to the bodybuilding gurus of the 70s. A guy like Arthur Jones, inventor of Nautilus machines. The theory behind reps to failure goes something like this. The last rep of any working set is the most productive rep of the set. This most painful rep is the key to stimulating muscular breakdown and adaptation, so an enthusiast should hunger and thirst for this rep. Now we are talking about the rep in the set past which anything more is impossible. Not the last rep you "feel" like doing. But actually pushing yourself to exhaustion.

There is no doubt that this method does have great potential to produce results. It is true for sure that challenging your muscles is the way towards increases in mass and strength. This is why many big names have advocated it over the years.

Arnold was known for pushing himself to his limits in order to achieve his goals and he never backed down from declaring it as a sure fire way to build mass and strength.

Ronnie Coleman was another advocate of such intense workouts. In his prime he was known to push himself to insane limits for muscle activation in his workouts.

Now the general view on reps until failure is that you use it only a certain amount. There are different levels of intensity that are recommended and they depend on a few different variables. Here are some of them...

-How experienced you are in the particular exercise

-Whether you've had injuries in the past

You should take these into consideration whenever you are planning workouts that include intensity that leads to failure. But if you are confident that you can handle reps to failure in your workouts and you just want a general rule of thumb, here is my pitch

The amount of sets that you do to failure should be relatively low for the workout. Generally one or two sets per exercise should be taken to failure, while the other 2 or 3 are done to high fatigue.

When Failure Leads To Failure

Alright so here are the counter points to the reps to failure view. Many fitness freaks will swear to you that the latest exercise science states that sets to failure are overhyped. They'll say that they are at best unnecessary and at worst dangerous.

Why do they say that?

Well the  argument goes that what really matters is the progressive increase in intensity on the muscles. Doing things such as adding a little weight each week, increasing reps with the same weight, or shortening rest time between sets is all you need to spur muscle growth.

And yes there is some truth to that. Without using reps to failure you can get fantastic gains in both mass and strength using these techniques. For some people all they need is this progressive increase in intensity to achieve their goals. They leave reps to failure for the fanatics.

The other more serious criticism of reps to failure is the risks that it holds. Critics of reps to failure will talk about how counterproductive it can be because your form inevitably breaks down at least a little bit when you are fatigued to the point of failure. Poor form and very high fatigue are a recipe for injury.

Now poor form is something to be taken seriously. Someone once said "you can never do the wrong thing the right way." Lets give credence to that statement. I never advocate sprawling and wiley form when lifting weights. Everyone should take proper form seriously.

It's true that strength training is a skill. It's important to note that. You should treat it as a skill. And those who criticize reps to failure will assert that practicing your skill at a high level isn't feasible when you are in an extremely fatigued state, when you do reps till failure.

Alright so are there counter points to the fair points brought against reps until failure? Yes I think there are.

I would say the first point is that using reps to failure is not for someone who is in the beginners stage of strength and mass building. Only once someone has demonstrated mastery of weight lifting form should they start to go white hot for a reps to failure workout plan. Only after your major muscle groups and your coordinating muscle groups have become acclimated in the right way to the form and to the stress of heavy weight lifting should someone try to dive into reps until failure.

When you are planning to push yourself to reps until failure it is always a good idea to have a trusty spotter to ensure that your form doesn't fall to out of whack. This goes especially for lifts like the squat, bench press, and military press. When pushing yourself to failure with curls, it's easier to get away with not having a spotter because if something does go wrong, you generally can just drop the weight. When you have the barbell on your back in a squat, or over your chest in a bench press, or directly over your head in a military press, you could get yourself seriously hurt should something go wrong as you try to push yourself past your limits.

A last point is to use reps to failure occasionally. If you really are going to push yourself hardcore I am all for that. I am by no means discouraging the hardcore enthusiast from trying to scale the next mountain. That is what we are all about here at Fitness Fahrenheit. At the same time remember that rest time is just as critical as your time in the gym, and pushing yourself past failure does require your body to receive adequate rest. You also want to keep from becoming acclimated. Even though reps to failure are all about shocking the muscles to spur growth, using any technique too much will lead to plateaus.

So there you have it. Reps till failure can be used, so long as they are used wisely and with the proper precautionary. Now get out there and fail!