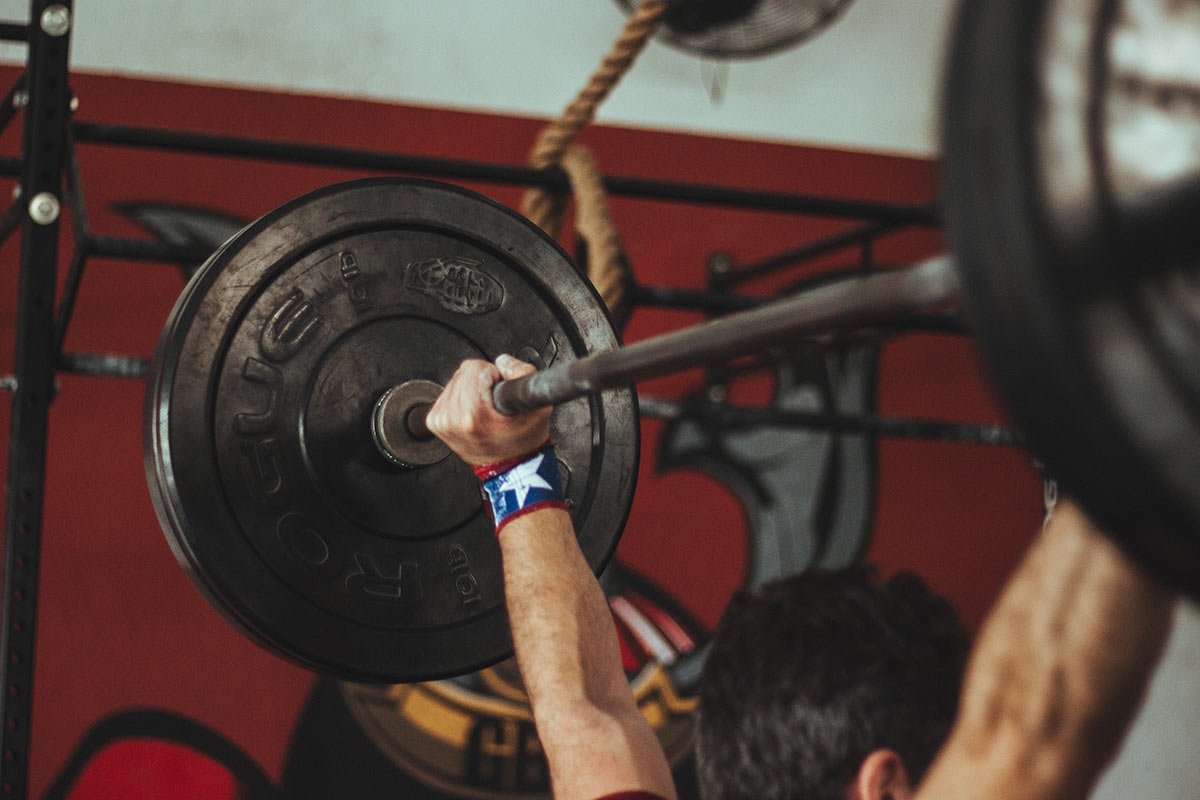 The military press is generally considered the king of the shoulder building exercises because it allows you the slaughter both your front and middle delts with heavy weights. One common question people have when trying to maximize their shoulder workouts is whether to use the barbell or dumbbell when doing the military press. Both are great exercises for the shoulders, and both ought to be worked into anyone's workout regime because variety is key to any progress in fitness.

If your concern is the middle deltoid, which is true for most people because its the part of the shoulder that is most prominent, then you probably want to know which exercise has the edge targeting the middle delts.

The advantage of using the dumbbells is that it recruits a greater amount of overall muscle fibers in the exercise. This is because using the dumbbells allows for greater range of motion. In general that is the rule of thumb when comparing dumbbell exercises with their barbell alternatives. Dumbbells give your more freedom of motion which means more total muscle fibers work hard to press the weight. This means greater amount of stabilizer muscles are recruited to perform the exercise correctly.

The barbell military press is a great multijoint exercise that works all three deltoid heads. It is generally done in a military bench rack while seated but can be done standing as well. Doing this exercise with the barbell generally allows you to use more weight because there is less stress put on the stabilizer muscles to maintain good form throughout the exercise. If your plan is to maximize your deltoid development, you should be careful not to cheat using momentum and your legs when you do the exercise standing up. You often see this kind of technique in strongman and power lifting competitions. It's not that this way of pressing the weight is bad, it has its advantages for sure. But if you are looking specifically at deltoid development you should focus on using your arms only to press the weight.

If your goal is bulkier and rounder shoulders than the middle delt is the delt you want to develop the most. Both moves are great exercises but for the purposes of slaying those middle delts the edge goes to the dumbell military press. Which ever one you are doing, the military press exercise is generally done first in your shoulder routine so you can get the most energy out of it. Dumbbells require the most coordination but also allow the most freedom. Now because you keep your elbows out to the sides when you use the dumbbells, you end up emphasizing your middle delts more. When doing the barbell military press, you usually bring the bar down to your chest. When you do that your elbows end up pointing a little bit more forward which ends up recruiting the front delts more. That is part of the reason why you end up being able to push more weight with the barbell. You are recruiting some extra power from those front delts.

The bottom line is that both exercises should be used in the big picture. They both complement one another in a great overall shoulder development. Be sure to use both to get the unique benefits of each.